Why did the Paytm IPO did not perform well after listing?

One97 Communications, the parent company of Paytm came up with the largest IPO in Indian history but failed to perform well. Firstly the IPO was too big for the retail investors to digest. Then the valuations were extremely high which led to the HNIs and Institutions avoiding the issue. All together the overhype in social media led to massive losses for the retail investors as the stock fell almost 40% in two trading sessions.

Reasons behind the Paytm IPO failure

The current market scenario has given a range of superb IPO listings but not all IPOs are equal. A recent activity to support this statement is the failure of the much-awaited Paytm IPO.

One97 Communications, the parent company of Paytm came up with the largest IPO of Rs 18,300 crores. This came after the Indian equity markets had already witnessed more than 51 listings in the first 10 months of 2021. What advanced further was nothing short of a recipe for disaster. Let's look at some of the key reasons and outcomes of the mega Paytm IPO.

Key reasons behind the failure

In the most basic terms, the theory of supply of demand explains that if the supply of any commodity increases, the price decreases, and vice versa. This played out perfectly in the case of the Paytm IPO. Indian investors had already seen a record number of companies raising capital from the secondary market. Companies had already moped up more than $9.7 billion (Rs 970 crore) from Indian investors in the first 9 months of 2021. After this, investors lacked the appetite to absorb such a massive issue.

In this digital era where people look for trading and stock market tips online, social media influencers are looked upon as stock market gurus. Retail investors often abide by the verdicts of certain Youtubers or Instagrammers who are not certified, financial planners. Taking advantage of this, many companies arrange conferences with media personnel to promote their IPOs. And the mass mentality led Retail investors to lose a significant chunk of their investments in the Paytm IPO. Even Warren Buffet became another narrative that captured the attention of retail investors. Warren buffet was portrayed as one of the investors of Paytm which steered them to the belief that the company would give multi-bagger returns.

Even after poor subscriptions on the second and third day, investors did not skip the issue. The Retail quota was oversubscribed by 1.66 times. Though the IPO was fully subscribed, the HNI (High Net worth Investors) quota was undersubscribed by a mere 0.24 times.

On the date of listing, the shares were listed at Rs 1,950 or a discount of almost 9% against the issue price of Rs 2,150. This was not the end as the stock tumbled to a low of Rs 1560 by the day's end. Investors lost 23% on the first day and close to a total of 40% on the consecutive trading session. This marked Paytm as one of the worst performers in Indian IPO history. 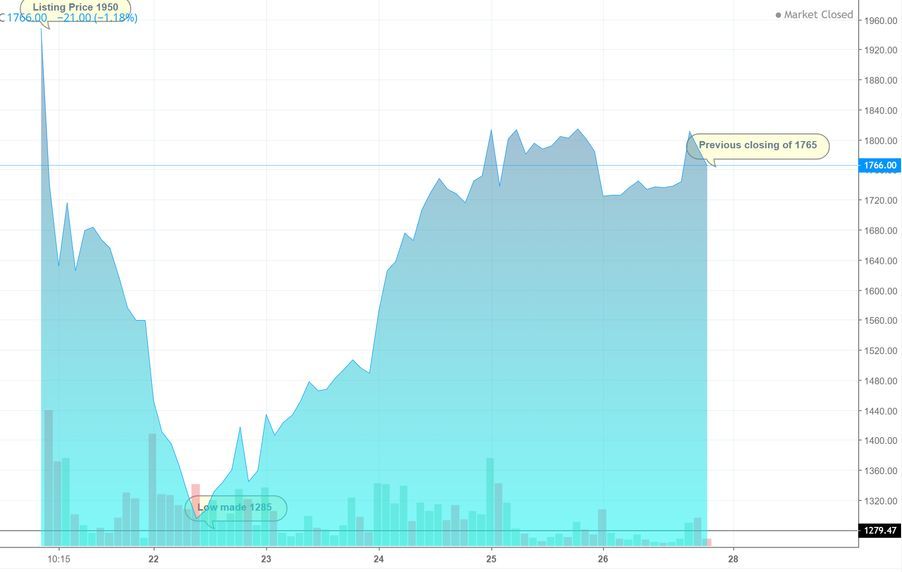 Retail investors had lost close to 40% of their investments in a matter of 2 trading sessions. To provide some perspective, the Indian benchmark index Nifty corrected by 38% in a matter of 30 days after the Covid Pandemic hit in 2019.

Is the IPO boom over?

The poor listing of Paytm is definitely a setback for not only new-age Indian companies but any other traditional company. However, it cannot be considered to be the end of the boom.

Many companies had to experience the repercussions of this event. Mobikwik, another digital finance company that was looking to cash out with an IPO delayed its plans.

All things considered, the investor’s confidence in new-age start-ups might take a back seat unless the company is backed by solid numbers. Even in the case of Paytm, despite the financial standing being weak Retail individuals rushed on to it. 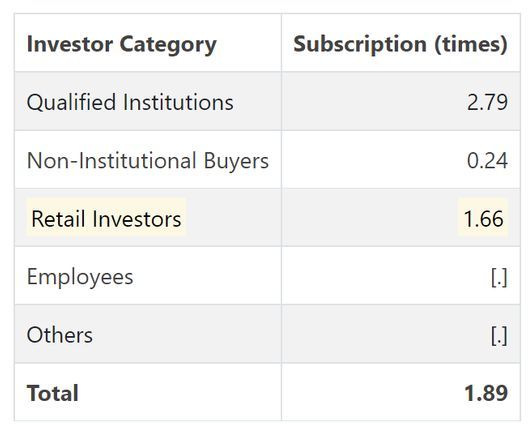 The subscription data also clearly showed that Mutual Fund houses and HNI had clearly avoided the issue. This resulted in the retail investors biting the bullet.

To conclude, the IPO boom might not be over. The silver lining of the Paytm issue was that buyers showed interest in the stock at the discounted price of Rs 1,290. In a report by Macquaire, they had valued the company at Rs 1,200 per share which is extremely close to the low made by the stock.

The stock rebounded soon after and closed at Rs 1765 on 26th Nov. Therefore if an investor had held on to the stock, they would have been incurring a notional loss of around 9%. Which is not that bad. Although doubling your money in the next 6 months seems a tall order but breaking seems not. With the increasing penetration of the internet and smartphones, the fintech space is set to lead the next leg of IPOs. With that said, it will be wise for investors to wait for the dust to settle before hopping on to the next IPO. There are numerous opportunities that could be utilized to make some cash, provided you do your due diligence.

PayTM came with a very high valuation. This means that it was already overvalued and with no earnings or profit to show the stock was bound to crash.

Related FAQs
Why did some of the recent IPOs gave poor listing gains? Is the IPO craze over?

IPOs have been extremely popular lately as a result of increased retail participation, ongoing bull run, and massive listing gain opportunities. However, the Indian stock markets went through a minor correction which resulted in a muted performance of some IPOs. The market negativity coupled with the lofty valuations of some of the IPOs led to poor listing gains, but the craze might not be over.

IPOs seem the modern money multiplying investment, Should you invest?

Good quality IPOs are great options for investors when considering investing in an IPO. However, IPOs should not be taken as money multiplier instruments and invested in. Multiple IPOs have performed badly due to extremely high valuations and poor financials. Hence, it is important to evaluate the financials of the company before investing in them.

IPOs can be a good option for beginners as they provide an opportunity to get the shares of good companies at an attractive price. Though IPOs can provide good listing gains and quick profits, good companies can help you to create massive wealth in the long term.

How to know which stocks to trade in with so many companies listed?

One can either invest in bluechip companies or research extensively on the companies they feel would give returns. It also comes down to the type of investment they are ready to make. Hence, figuring out the different companies could take time, experience, and research.

What are advantages of Opening Demat and Trading account with Paytm Money?

There are plenty of advantages in choosing Paytm Money to open a Demat account and trading account with the stock broker. Some of the advantages include robust trading applications with web integration, 190+ banks supported for an easy transaction, net banking facilities, a low brokerage fee of 20 rupees, etc.

What is the life cycle of an IPO prospectus?

IPO prospectus is the document which gives information to the investors about the company statistics before they issue shares in public. It is mainly a 3 step process. For detailed description, read through the blog below.

Are IPOs safe for investing?

Investing in an IPO can be considered safe as there are no major Capital Loss risks and most companies that come up with an IPO price their shares at decent valuations which gives an opportunity to the investors get the shares at a discount from the market price. Most good quality companies also give good Listing gains and good returns in a short time. Some examples are, IRCTC, Route Mobile, Burger King, etc.

For long-term investments, which channels are viable for significant returns given the current market scenario?

For significant returns, one can look forward towards stock funds, real estate investments, dividend stocks, target-date funds and so on. Each one of these investments does offer something better to investors based on their capital of investments made.

Yes, it is completely safe to invest your money in the stock market using Paytm money App. In fact, PayTm has come up with stock broking services recently and trying to establish itself in the said field. And, to give tough fight to top existing players it has to keep its services up to the mark. Paytm Money made a big name in mutual fund investment industry and now it's time to see its performance in the stock brokers' world.

Yes, one can invest in the share market with 100 rupees. So, you can start investing with as little as Rs.100 only. Isn't that interesting? There is no reason as to why one can’t invest in the stock market for 100 rupees.

Your finances on track